The Nutritional Value of Your MRE

By Lexi from Ready Store | 1 Comments

When in an emergency situation, you want to have the best nutrition possible to sustain you through anything you might face. There are many food storage options, but the biggest nutritional impact can be found in an MRE.

MREs were first used in the military as a calorie-dense meal that provides the energy from protein, fats, and carbohydrates that are needed to sustain military personnel through combat and other situations they might face.

Civilian MREs are packed with a similar amount of energy and nutrients in each meal. They typically contain more calories than other food storage options because they are meant to sustain you through any type of situation, whether that be backpacking through the mountains or surviving a natural disaster.

On average, an MRE meals contain 1,212 calories and the protein, fat, and carbohydrate content is proportional to a 2,000 calorie diet. Two MRE meals will provide you with the recommended daily allowance of calories, vitamins, and nutrients you need.

Many MRE manufacturers are moving towards making sodium reduced meals that don’t contain as much salt and use salt-free seasonings for their food. MREs are also fortified with vitamins and minerals like calcium and iron to ensure that you are receiving sufficient nutrients in your meal.

Let’s see how the nutritional value of an MRE stands up against a freeze dried meal and a homemade meal. We’ve gone and compared the calories and nutrients of an MRE Spaghetti and Meat Sauce meal with its freeze dried and homemade counterparts. This is what we found: 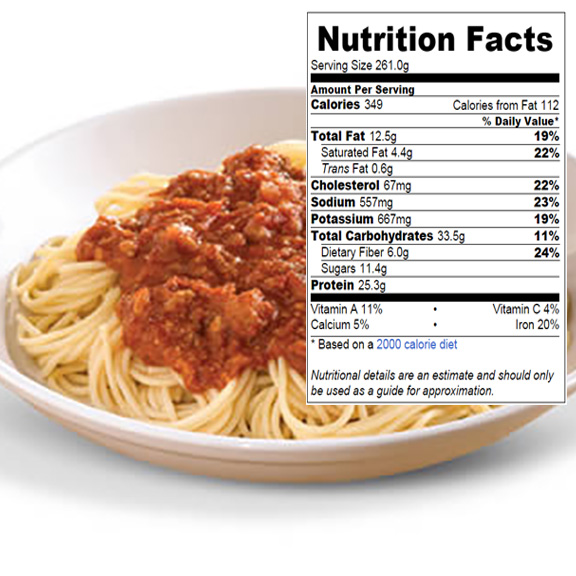 Anything homemade is going to have the most calories, fat, and protein because it retains all of its nutritional value. So in that sense, homemade spaghetti is the winner here. However, it’s not the best food storage option for obvious reasons. 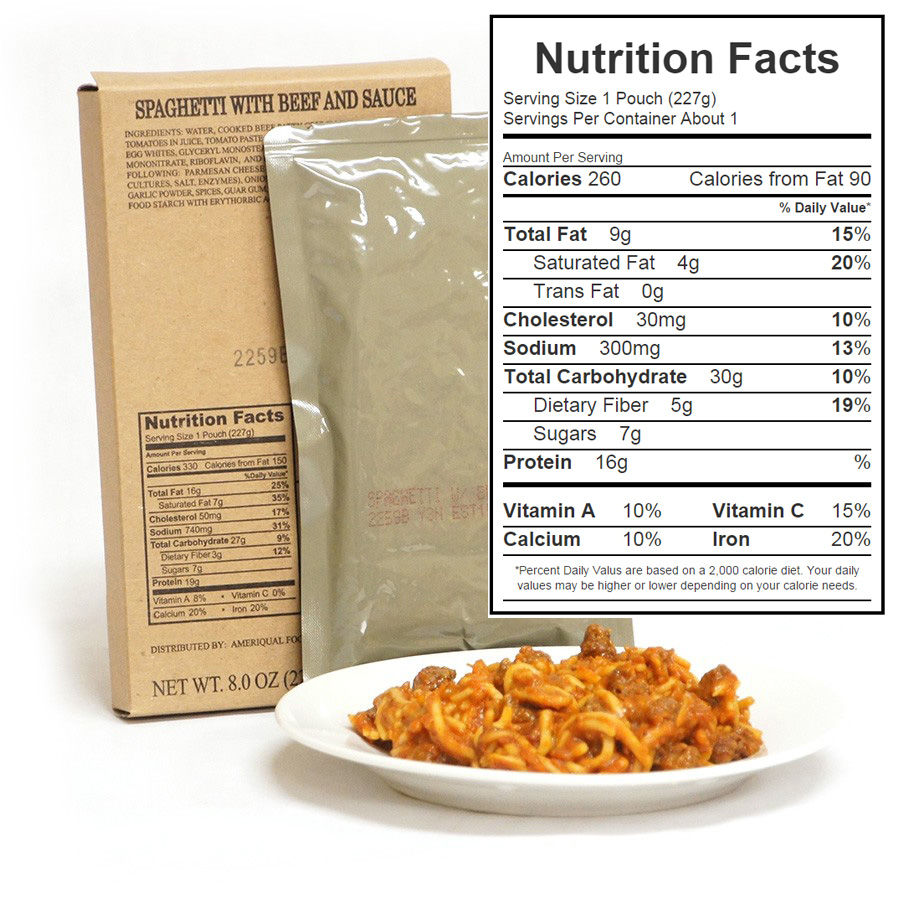 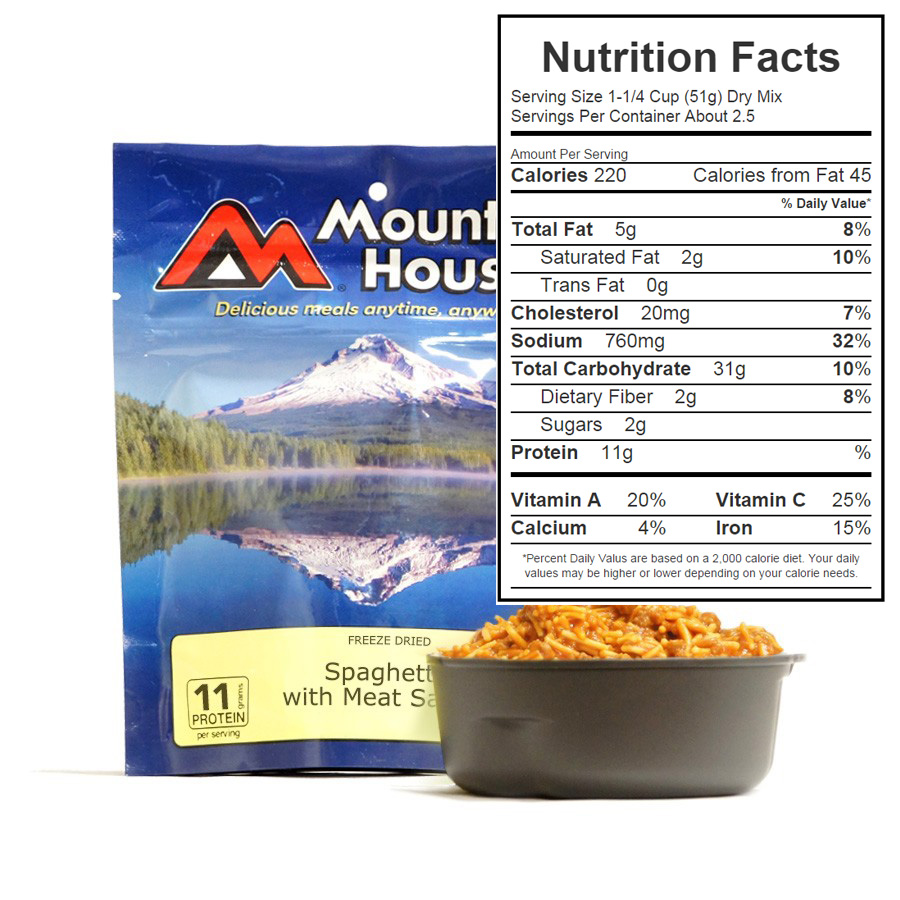 Freeze Dried Spaghetti is similar in calorie count to MRE spaghetti, however, it doesn’t compare in fats and proteins. When you’re in need of something that is going to provide you with energy to keep you going, this may not be the best option. The freeze dried spaghetti is also the highest in sodium content.

One thought on “The Nutritional Value of Your MRE”