By Lexi from Ready Store | 1 Comments

If you’ve bought MREs before, you’ve probably noticed that there aren’t any expiration dates printed on the packaging. Don’t bother trying to look for one because you won’t find it.

MRE manufacturers don’t use expiration dates in the traditional sense of a day, month, and year. But that doesn’t mean that MREs are some sort of immortal food that never goes bad. Eventually, they do expire.

The answer to how long your MRE will last in storage largely depends on the temperature at which you store it. Ideally, you should store your food at 60° F for the longest shelf life possible, which is typically 5 years. This time decreases as the temperature of your storage area increases. If you were to store your MREs at room temperature (70° F), they would last for about 3 years.

The chart below can help you determine your MRE shelf life based on the storage temperature:

Typically, the shelf life of the dry foods in an MRE such as crackers or cookies is a lot longer that the entree wet packs. If the package is bloated or if the food smells rancid, it isn’t good to eat anymore.

We have an MRE shelf-life calculator that you can use to calculate the shelf life of your MREs. However, there are a few more pieces of information you’ll need to gather, like the manufacturing code.

You might be wondering how to determine how old your MRE is and if it’s still good to eat. You can do this by reading the manufacturing date code. The manufacturing date is typically 4 numbers printed on the package. These dates are based off of the Julian calendar, meaning that these numbers represent the number of elapsed days since the beginning of a cycle, in this case, since the beginning of the year.

The second part of a manufacturing date is the last three numbers of the code. These numbers represent the number of days that have passed since the beginning of the year. On the packages below, the numbers 120 and 122 correlate to April 30th and May 1st. 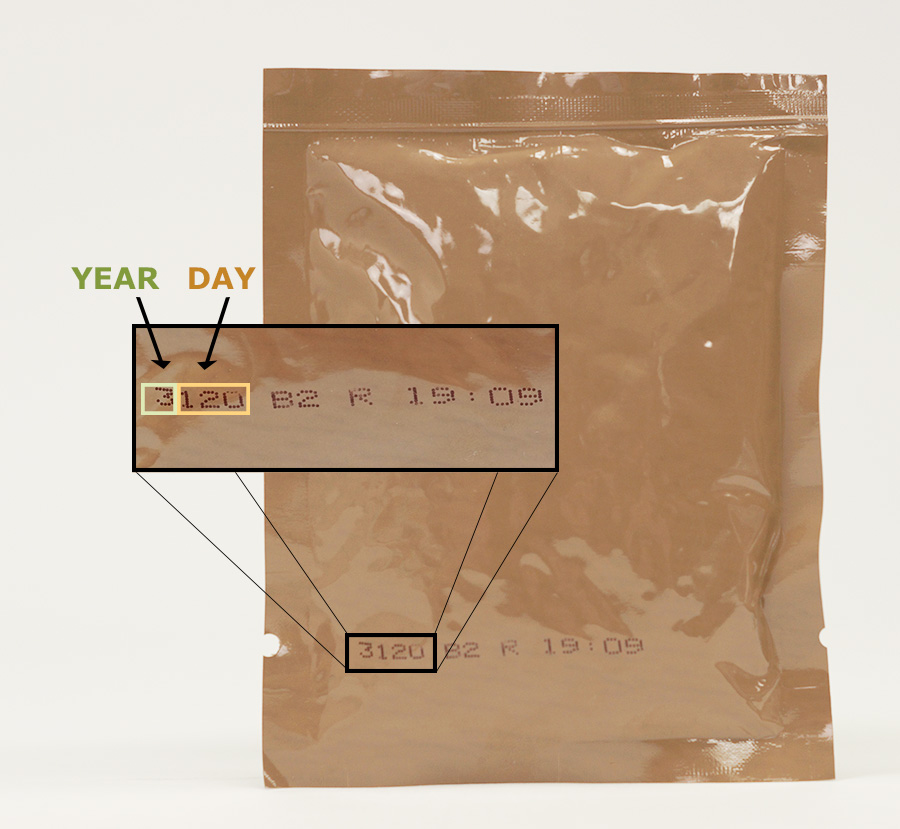 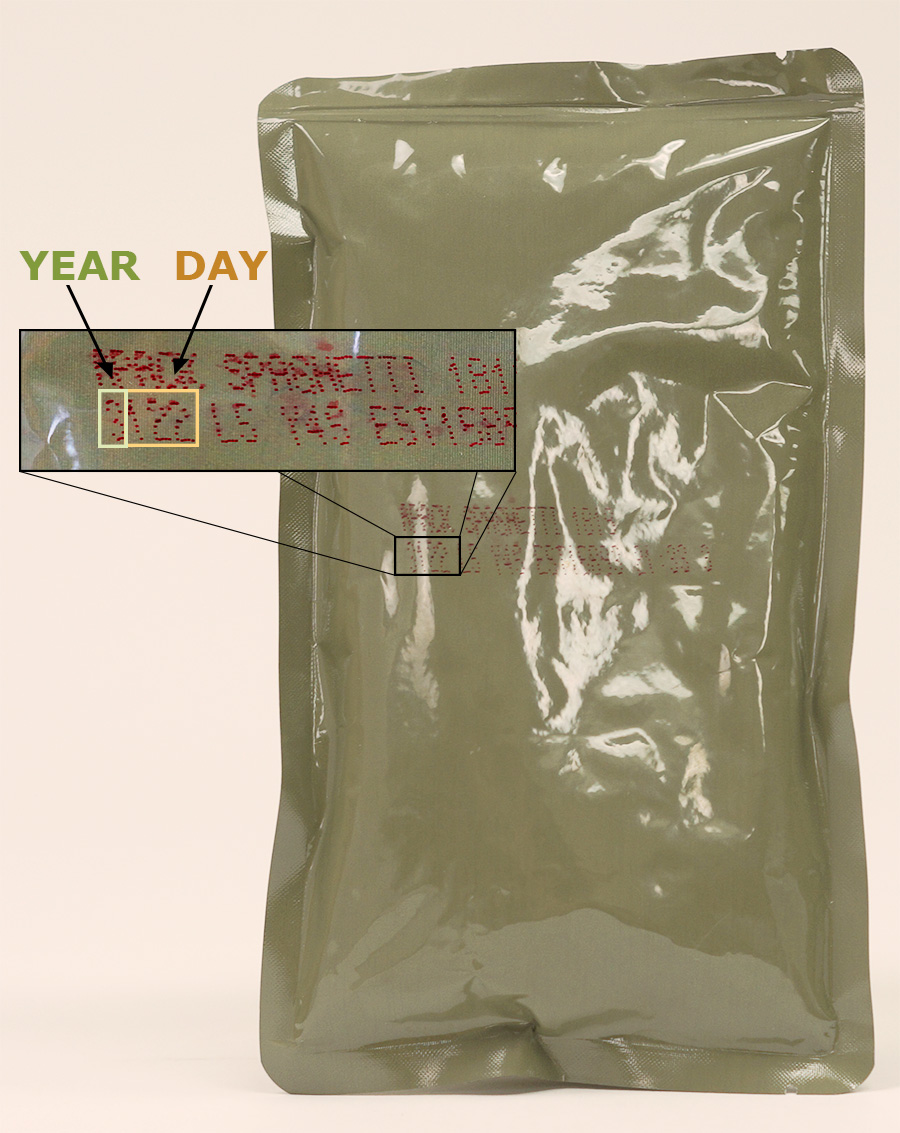 Here is a juluan date conversion chart to help you easily translate the manufacturing date into days and months.

But how can you tell the difference between years like 2002 and 2012? The dates printed on MREs are based off of the assumption that you won’t keep them for longer than their shelf life, which typically won’t be longer than 10 years. So in the case of a 2, the year will be 2012 rather than 2002.

One thought on “Solving the Mystery of MRE Expiration Dates”