The Science Behind MREs

By Jeff and Amy Davis
21 comments
More from this author

In the late 1990s, the military had a wide variety of ready-to-eat meals (MREs) at their disposal. They had created a line of foods that were served up in pouches and ready to eat anywhere in the battlefield. They could be dropped from 100 feet and be ripped open immediately for consumption.

However, there were a few meals that the military men and women still wanted.

“All of our meals are warfighter tested and warfighter approved,” said Gerry Darsch, Director of the Department of Defenses’ Combat Feeding Program, in an exclusive interview with The Ready Nation. “In the early ‘90s, we started getting feedback that they wanted a pocket sandwich in the battlefield. Something like you’d find in the freezer section, like Hot Pockets™.” 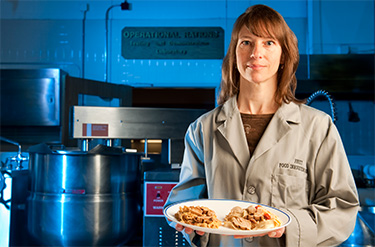 Up to this point, the military had created many MREs including spaghetti, lasagna, vegetable dishes and more. However, many food items couldn’t be packaged into a meal that would remain stable in a pouch for 5 years.

“We couldn’t package things like eggs, seafoods or sandwiches,” Darsch said. “They were just too delicate and wouldn’t be able to withstand the packaging process. So, we put our best and brightest into developing a system that allows us to create shelf-stable foods like these that would last for years and still provide the nutrients that we needed.”

There were a few hurdles to overcome in those early days. It wasn’t as easy as preparing a bowl of food and throwing it into a pouch. Since the MREs had to be shelf-stable for 5 years, there was a lot of testing and science that went into the process.

“There are many aspects that have to be controlled while you create an MRE,” Darsch said. “You have to control the oxygen content, making sure that bacteria can’t grow in there. However, sometimes you have to make sure that natural bacteria, found in the atmosphere, are available for the food.

“The pH balance also needs to be closely monitored and control things like the water activity and micro-biological activity. You also want to pack as many calories into as small a space as possible so they have enough energy to keep them running.”

- Make Your Own MRE Style Packages -

Darsch shared that in those early days, certain funding was slim and the department was forced to visit local hospitals to place pouched foods in MRI machines. They would closely monitor how bacteria or water movement was affecting the food on the inside of the pouch. Now, the department has its own machine and doesn’t have to borrow from local hospitals.

Through MRI scanning, packaging testing, nutritional analysis and more, Darsch’s department was able to crack the code and figure out how to combine all of those required aspects. The department began using methods like pasteurized sterilization, microwave-assisted thermo stabilization, pressure-assisted thermal stabilization and more. All of these methods combined to create a more effective packaging process.

“The new method is incredible,” Darsch said. “The difference between the old retort method and the microwave assisted method is eye-opening. And the best part is that the nutrient retention is better.” 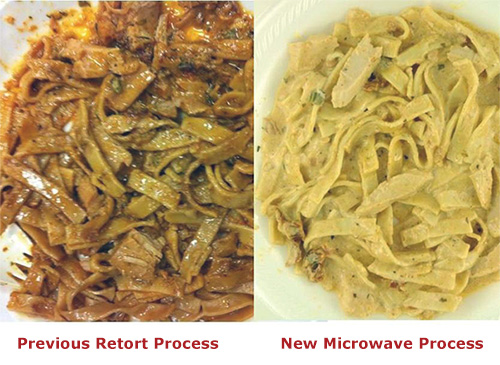 The new process allows for better nutrient retention, a more familiar taste and a wider selection of foods.

“We were first to revolutionize microwave-assisted sterilization and move past simple retort packaging. But once you can break that code, there is a whole family of foods that you can work with and create shelf-stable meals that will last a long time.”

Figuring out the process did take a while though. What started in the early ‘90s wasn’t actually used in the battlefield until 2008 in Afghanistan.

So, what’s next for the Combat Feeding Program?

“We have some very exciting problems to figure out,” Darsch said. “We’re currently looking into a few projects including machines that would use all the waste from the food (packaging and dropping equipment) to power itself ... We’re also looking at nutraceuticals that would allow our military to increase muscle usability, have extended durability and higher physical effects.”

All-in-all, the current position and future of the Combat Feeding Program is exciting and an important aspect of our military efficiency.