By Ready Expert
21 comments
More from this author

Homesteading has a rich history in the United States. The idea was used to populate and explore the wild frontiers of our country. However, in recent decades, the idea has transformed into something new. Below, we explain a little about what homesteading is and how you can do it. While you might not be able to apply all aspects of homesteading, there are many activities involved in it that will make you and our family more self-reliant and self-sufficient.

Homesteading is a lifestyle of self-sufficiency that typically involves subsistence agriculture, food preservation, creating your own clothing and textiles, and maintaining your own house and property. In history, philosophers like John Locke, wrote about a homesteading principle. The idea was that someone could gain ownership of something solely on the principle that they had labored to make it:

“Though the earth and all inferior creatures be common to all men, yet every man has a property in his own person. This[,] nobody has any right to but himself. The labour of his body and the work of his hands, we may say, are properly his. Whatsoever, then, he removes out of the state that Nature hath provided and left it in, he hath mixed his labour with it, and joined to it something that is his own, and thereby makes it his property.” - John Locke

In other words, if a farmer used unowned land to plant crops, he owned that food and could sell it as such. Other philosophers have also debated that the farmer would henceforth own that property. This idea crystallized into many capitalist ideas that our society has been based on. 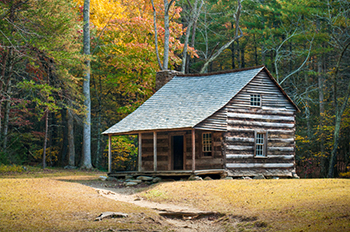 You may remember reading about the Homestead Act (1862) in history class. The government used the idea to populate new areas of the U.S. The idea that a person could own their own property and become independent from any entity or person struck a chord with Americans. Thousands of Americans pushed forward to settle the frontier and make it habitable for others that would follow. The back-to-the-earth ideals made a comeback in the 1960s and applied these self-sufficient principles to an urban and suburban setting, also known as urban homesteading. Instead of moving to an isolated location, urban homesteaders focus on self-sufficiency while still maintaining their relationship with the community. In recent years, the idea has resonated with people who worry about their dependence on the economy. Instead of putting their trust in a government or entity, they have moved to a more independent economic situation.

How to Begin Homesteading

Gather Supplies. Homesteading is about being self-sufficient, that means being able to have all the tools, home-space, clothes or materials that you’ll need. Don’t think that you have to have everything in storage that you’ll ever need for the rest of your life. You’ll be able to use items to barter or trade. Many items will be self-sustaining and be able to be sold later on down the road.

Plant a Garden. The garden is a perfect example of an income. With a permaculture attitude towards gardening, you’ll be able to plant once and sow for years to come. Be sure to have land and space to store your food once you’ve harvested.

Have Food Storage. The trick to homesteading is to be able to have food when you need it. Growing your own food in the garden That could mean canning your foods out of the garden or using freeze-dried foods that last for 30 years.

Reuse Items. One of the easiest ways to be self-sufficient is to save money by reusing items. It could be as simple as making old clothes into blankets or using baking soda for other uses besides cooking. Most of the time, it comes down to creativity and how you imagine things being used. Feel free to peruse our DIY section of the blog to see if you can find any ideas that will save you money.

Raise Animals. One popular activity in homesteading is to raise animals that will provide you and your family with food. Chickens and rabbits are a common animal that are easy to care for and provide eggs and meat to your family. Many animals, like llamas or sheep, can also be used for their wool and be used to make different items. Others even produce herds of livestock enough to sustain their family.

Alternative Energy. Homesteaders often refer to using alternative energy as “living off the grid.” It’s a great way to be self-reliant and not have to depend on power companies or others for electricity to your home. You can purchase solar panels and generators to power your home. That way, if there’s ever a power outage in your town, you’re already set.

Previously, homesteading was all about the location - far and away. However, homesteading has morphed into the idea of being self-reliant and sustainable. Therefore, you can really be a homesteader anywhere that you want. You probably will need a larger supply of land if you plan on raising animals and gardening. But to be able to reuse items or live off the grid, you just need the right supplies. While the government no longer sponsors any homesteading initiatives, you always have the option to purchase that is far and away. Many people are setting up makeshift homesteads in lightly-populated areas of Alaska and the Midwest.

To Be Continued... We’ll continue to post articles on how to improve your homesteading efforts, including how to use alternative energy, multiple uses of items, food storage, raising animals and more! What would you like to hear about first? Comment below and let us know your thoughts. We’d also love to hear your stories about homesteading? Are you a homesteader? What difficulties have you found? Comment below!