How to Determine Different Type of Bug Bites 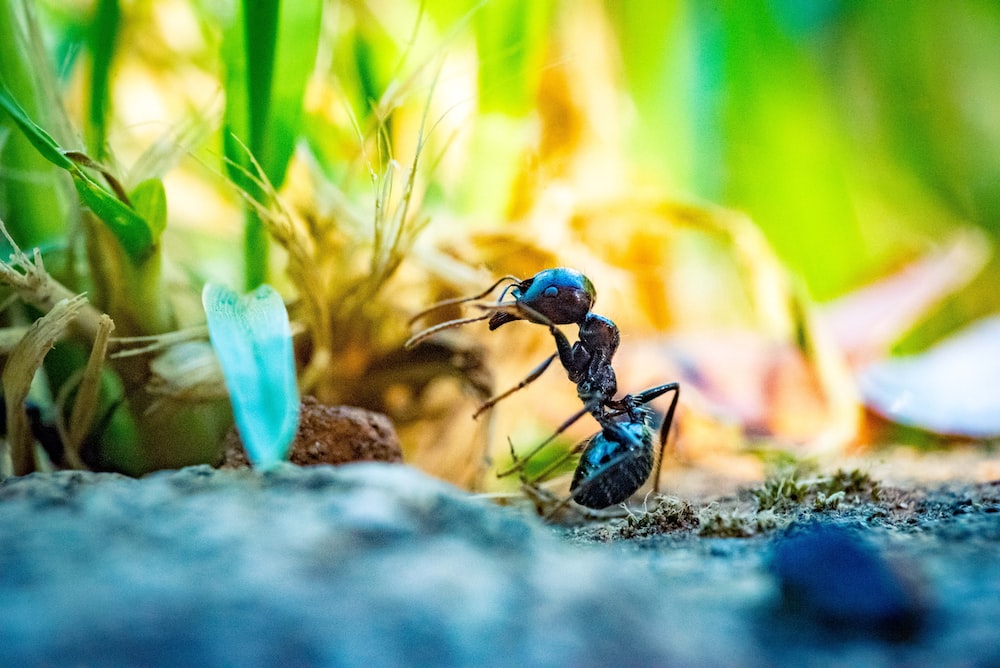 Bug Bites; nobody likes talking about them but knowing what they look like, what the symptoms are and how to treat them could end up being a life saver for you, your family members, children, friends, etc. Here are a few of the most common ones that could help you be a bug bite expert. ;)

ANT BITES; In most cases, ants are harmless but if you end up getting stung or bit by one, here is some help.  If they do end up

stinging/biting, the appearance usually ends up with some redness and swelling that can result in moderate pain. In some cases, that some people are allergic, it can result in sneezing, wheezing, hives, nausea, vomiting, diarrhea, sudden anxiety, dizziness, difficulty breathing, chest tightness, itching or swelling of the face. Seek medical condition if conditions get worse.

BED BUGS; Bedbugs are small, oval, brownish insects that live on the blood of animals or humans. Adult bedbugs have flat bodies about the size of an apple seed. After feeding, however, their bodies swell and are a reddish color. You might get red welts (small, flat or raised) some swelling forms of rash's. Important to know that these bites can appear in tight lines of multiple, small, red marks. Some of the symptoms can include and initial burning sensation, itching. Its also possible to

have no reactions, and that the bite goes unseen. Seek medical condition if conditions get worse.

FLEAS; Fleas are tiny bugs. They don’t grow much larger than the tip of a pen, and they range from light brown to almost black in color. Their thin, flat bodies and hard shells mean you often need to squeeze them between fingernails or two hard surfaces to kill them. Even then, where there is one, many often follow. Fleas reproduce quickly, especially if you have pets in the house. But even if you don’t have pets, your yard can potentially play host to fleas, and you may end up with a bunch of mysterious 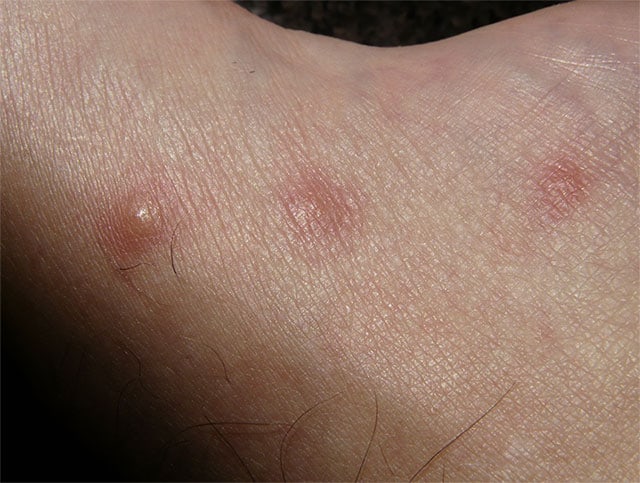 bites. They’re almost impossible to get rid of without a pesticide treatment. Fleabites have several common symptoms. They are very itchy, and the skin around each bite may become sore or painful. You may experience hives or develop a rash near the site of a bite. Scratching a lot can further damage the skin and potentially cause a bacterial infection in the area of the bite. Avoid scratching if you can. Seek medical condition if conditions get worse.

LICE; Itching may start soon after getting bitten or it may not start for up to 2-4 weeks after contact. The itching may get worse

at night time for some people and you may din tiny white eggs in the pubic, armpit or facial hair. The do have a bluish-grey skin reaction sores and may look like small red bumps. Seek medical condition if conditions get worse.

SPIDER BITES: Depending on the spider, the bite may look different to some but generally, they all look common. It usually looks like two puncture marks that are close together and might have some symptoms as to the following; muscle cramps and pain, increased blood pressure, sweating, skin rash,

anemia, blood in the urine, fever, rash, nausea, vomiting and even coma (rare). Seek medical condition if conditions get worse.

TICKS; Generally, tick populations tend to be higher in elevation, in wooded and grassy areas where the creatures they feed on live and roam, including deer, rabbits, birds, lizards, squirrels, mice, and other rodents. However, they can also be found in urban areas as well as on beaches in coastal areas. Unlike most other bugs that bite, ticks typically remain attached to your

body after they bite you. If one bites you, you’ll likely know because you’ll have found a tick on your skin. After a period of up to 10 days of drawing blood from your body, an engorged tick can detach itself and fall off. A tick bite looks like a red rash near the bite site and some symptoms may include a full body rash, neck stiffness, a headache, nausea, weakness, muscle or joint pain or achiness, a fever, chills and or swollen lymph nodes. Be sure to seek medical attention as soon as possible if bitten by a tick in order to be evaluated for any potential treatment.

These are some of the most common ones that you hear about on an everyday basis so be careful when it comes to bug bites! Let us know in the comments any that we may have missed.

3 years ago
Print
Comments
Phil
You forgot biting sand flies found near most beaches in the more humid areas of the world.
Reply
Search The Blog
Categories